How to Message a Person Who Blocked You on Facebook Messenger

Has somebody blocked you on Messenger? Then you won't be able to chat with or call this person. However, there is a way to circumvent this block. 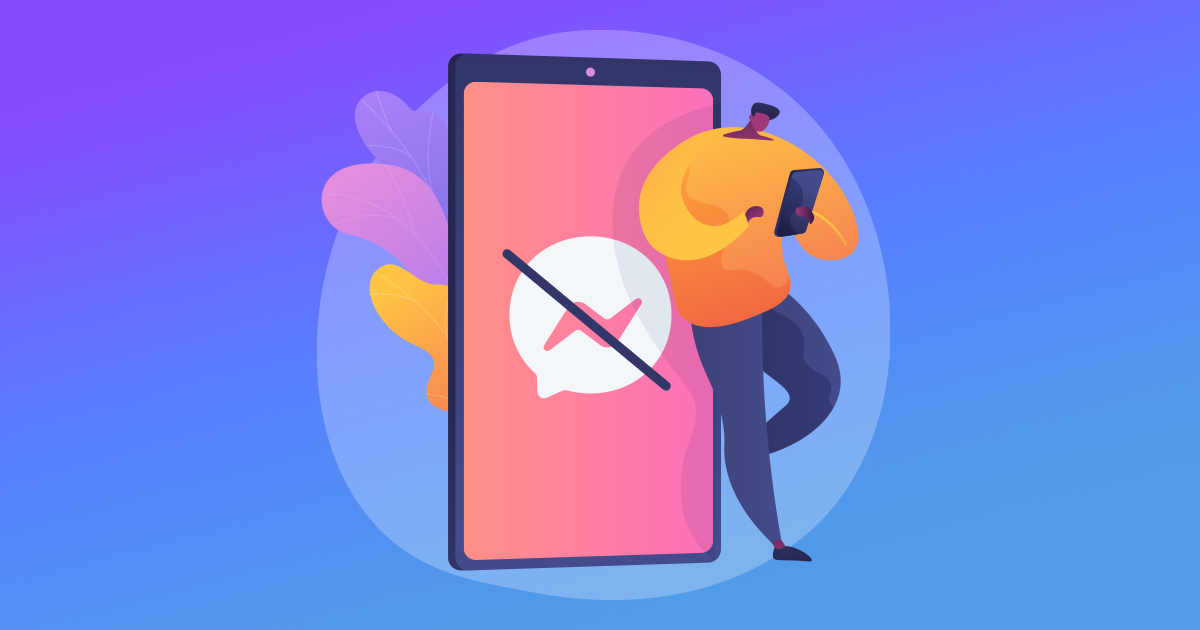 Text someone who blocked you on Messenger

Good news; there is a way to speak to somebody who has blocked you on Facebook Messenger. There’s a simple trick; an anonymous message sent via SMS will still be delivered. Enter a message on this website and send it as an anonymous text message with a different sender.

Since you’re not sending the text message from your own number, the message will be delivered as usual. You could, for example, write “Anonymous” or “Secret” as the sender. It does not matter if you’ve been blocked on Facebook Messenger or anywhere else. A text with an anonymous sender will always be delivered.

You’ll receive a notification when the message is delivered, just like with Messenger. The notification will give you an exact time of delivery. You can send unlimited texts using this website and have them delivered at a time of your choosing. There are no restrictions. However, we do ask you to remain friendly towards the recipient.

How to tell if someone blocked you on Messenger?

Has someone blocked you on Facebook Messenger? Unfortunately, Messenger doesn’t explicitly tell you if someone has blocked you. However, you can quickly know if you’ve been blocked by doing a few tests.

How to find out who has blocked you on FB?

Facebook doesn’t provide an easy overview with everyone who has blocked you. However, if you have a hunch that someone has blocked you, then you can do a few tests to find the truth. Check our above list to verify if a friend has blocked you.

When you block someone, they’ll no longer be able to contact you using Messenger. All new messages, calls, and shared conversations are blocked. To block someone, open up Messenger and follow these steps:

Important note: Your messages in shared group conversations will still appear for somebody you’ve blocked. Your Facebook.com profile is also still visible. Your Facebook posts, comments, and likes are still visible unless you perform a block on there as well.

Unblocking a friend on Messenger is as easy as pie. Start the Messenger app on your iPhone or Android phone, and open up a conversation with your blocked friend. Tap on your friends’ photo, and here you’ll find the option to unblock this person.

What happens when you text someone who blocked your messages on Messenger?

You are still able to use the chat functionality but the messages will not arrive. You will immediately see a red error, including an exclamation mark next to your speech bubble or you will see a white circle with a check mark. When messages do arrive, and have been read, the icon is always shown in blue.

Can you text someone who blocked you on Messenger?

No, this is not possible. These messages do not reach that person via Messenger. One way to indirectly circumvent the block, is to have someone else message that person on your behalf. A second option is to send an (anonymous) text via this website.

Can someone block you on Messenger but not Facebook?

Yes, this can be done by specifically choosing the option 'block on Messenger'. It is then not possible to send messages, call, and view the 'last seen' status via Messenger. It is good to know that when you block someone on Facebook, this person will also be automatically blocked on Messenger.

Blocked or keep your identity a secret? Try an anonymous text!

Anonymous texts keep your identity a secret. Nobody can trace your text message unless you decide to reveal your identity yourself. We treat your data with confidentiality. We will not share your information with anybody. After a short time, our system automatically deletes all messages and their corresponding data. Your privacy is, therefore, guaranteed.

Each text message you send carries a one-time fee of $1.49. With just a few clicks, you can pay safely via Apple Pay, Google Pay, PayPal, or Credit card. The service is therefore not free, but in return, the delivery of your message is guaranteed. After every sent message, you will receive a confirmation of delivery with the exact time of delivery.

Now you know how it works. Give it a try, or check out our other article to find out exactly how anonymous text messaging works.